If you don’t have an Audible.com account, the first book with them is free, so sign up for audible and download the newest title from Davenport Writes and listen to the great narration by Carson Beck!

Already have an Audible.com account? Send an email to support@davenportwrites.com and we’ll get you a free download code for the book.

We need reviews, so if you listen or read Broken Nights, please leave a review!

Michelle Lynn Brown deals with something the world does not even blink an eye over anymore, premarital sex and the sin it is that separates a person from God’s love and forgiveness.

Renee Winters has lived under the shadow of her mother’s sinful life starting with her own conception. When her mother’s foster parents and friends turned their backs on Renee’s mother’s pregnancy, she turned from God to alcohol and prostitution to support herself and her baby, Renee. Now eighteen, Renee, struggles to keep herself pure and acceptable to God. The only person who does not have issues with her, is Ian McKnight. Ian has a reputation of being a ‘Bad’ boy. But he has never treated Renee with anything but respect in fact he calls her his beautiful angel.
After having been nearly sexually assaulted by one of her mother’s johns, Renee seeks comfort from the only one who can relate to what she is going through, Ian.
Only comfort turns to something they were not ready to handle. Ian realizes this as he watches Renee sleeping. Ian leaves, running away to army to prevent  him from witnessing the hatred he knew in his heart Renee would have when she woke and had time to allow things to sink in of what they had done. Renee awakes to find Ian gone and her mother’s words comes home to haunt her, that Renee was just like her and all men were after just one thing. Renee vows to God this will never happen again and she would never become her mother.
Eight years later, Renee is the worship leader, and leader of their Church group, ‘Brides for Christ’. In Renee’s eyes, she has kept her vow to God and is a good Christian woman living for God. However Christ uses her past to show Renee that she is trying to be a Christian on her own strength instead of surrendering all of her life and not just part of it for His forgiveness and healing by bringing Ian McKnight back into her life.
Now Renee must decide how to deal with the hidden sins of her past or continue to live in denial and the affection of a good Christian man, Elliot. 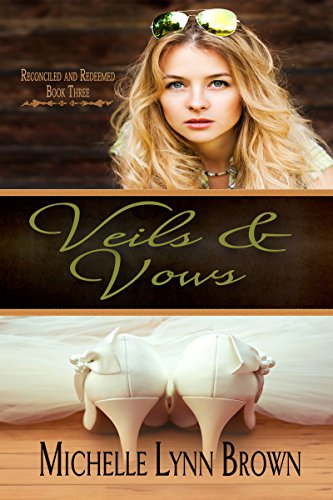 Karen’s new book published in January 2016 is Mystery at Burr Oak: A Dog Named Wang. It is a cozy mystery/romance inspired by her mother’s dog, Wang.  Another children’s book, she wrote with her 6 year old granddaughter, is currently in the publishing process (What Is That Strange Noise?).  She continues to work on a tween chapter book series and a historical Christian romance.

Emerging from the dark world of drugs, abuse, and  domestic violence, Because of Me, is a story about starting over and the lessons learned from past mistakes.

Iowa Author Fest promotes the creative arts of writing, painting, and music from Iowa. It will be held at Jasper winery, 2400 George Flagg Pkwy Des Moines, IA 50321
Phone number (515) 282-9463,  August 6th,2016. The hours will be 11:00 am to 3:00 pm. This year there will be twenty-five authors, a photographer, live music and food from local food vendors. Jasper winery will be selling wine by the glass as you listen to great music and buying the next novel from your favorite author. Iowa Author Fest is sponsoring a short story writing contest to Iowa high school students. top prizes will be $100, $75, and $50. The rules for the contest can be found at iowaauthorfest.wordpress…. Iowa Author Fest will be having a drawing for four gift baskets. One per hour will given away at 12:00, 1:00, 2:00 and 3:00 pm. You must be present to win basket. The authors will be reading from their novels every fifteen minutes in the barrel room. Come and join in on the great time with music, food and books.

Author Kathryn Daugherty will be having a great sale on her novel ‘She Promised Her Heart you can find the sale at Super Special Sunday Sale June 12th !

The super sale will run from 1pm (GMT) 8am (EST) it is listed on their Women’s Fiction list and will be priced at $2.99, it will be available from Amazon Kindle UK, Amazon Kindle US, Amazon Kindle CA, Nook US, Kobo. Once the daily email has been sent, your book will also be featured on ebookSoda’s website. http://www.eboksoda.com

Author Jordyn Meryl explores the possibility of having a second chance  at true love with someone younger than ones self. After a freak accident that takes her husband Shelton, Katie Collins finds herself now a widow. They had married in college and Shelton’s death has left a gaping hole in her heart and life. She decides to be a librarian to fill the emptiness by helping children along with buying a classy gold convertible in an attempt to feel alive. There she befriends a lonely boy, Carlo Alvarez waiting to be picked up by his big brother Enrique.

Enrique is awestruck at the classy librarian helping his little brother. This librarian is nothing like the librarian when he went to high school. He makes sure that he meets this lady that is stirring strong emotions in his heart and soul.

Katie turns to be face to face with a very handsome young man with mischievous chocolate brown eyes. Katie also feel jolts to her emotions from the first meeting stirring to the surface. However, Katie’s mind has other ideas. She makes it plain to Enrique that there can not be anything between them except for friendship as Carlos and he nephew, Lucas, become close friends.

Soon the two brothers are a permanent fixture at Katie’s summer lake front property home at Crystal Lake over the years. Enrique has so many dreams for his life and they include the lovely Katie, however Katie realizes that a everlasting relationship with Enrique cannot be even though her heart and soul has be lost to him. To have Enrique forever would deprive him of his dreams of the future.

Can she sacrifice the love she feels for Enrique so his dreams can come true or should she be selfish and take the love he is freely giving without worrying about the future and what it holds?

She Promised Her Heart

I bought Kathryn’s book at the Midwest Book Lovers Unite Convention at Mall of America. Kathryn Daugherty did a wonderful job weaving the past love story with the present as she has two of her main characters meet in line at the airport. An act of charity of Jillian’s opened her and her family’s life to a whirlwind roll coaster ride as Dr. Isabelle Kelly accepts Jillian’s gift of a first class ticket to Omaha. Jillian’s father, Hamilton, was a air force captain during the Viet Nam War and refuses to speak about his time there as a POW or his first and only true love. Now Dr. Kelly arrives on the scene and Hamilton’s safe world he built for himself is torn apart exposing the horror and heart ache he endured during that time.